Fourteen Spartans took up the Coast of England Virtual Challenge organised by ResultsBase to give their training a continued focus through lockdown and beyond, aiming to complete the 2970 kilometres around the coast of England by the 31st December 2021, competing at their own pace, fast or slow, on a bike, or walk, a run or swim.  The challenge began in Bristol near the Severn Estuary and started by tackling the south coast path around Somerset, Devon and Cornwall.

From Plymouth the route heads east across the bottom of the UK including the Jurassic Coast.  Following this you then journey towards Southampton, Brighton and finally Dover before following the Kent coast to the Thames Estuary.  But it doesn’t stop there!  You then continue to the east coast and onto the north Norfolk path heading through small towns such as Sheringham, Wells-next-the-Sea and Hunstanton.  Once this has been tackled it’s time to head up north, exploring the Yorkshire coast and cities like York and Whitby.

The Northumbrian coast is next before heading up to the Scottish border where the Spartans will venture to Hadrians Wall and then back down to the Lake District.  Coming back more inland they then walk, bike or run to Liverpool before brushing by Wales and taking on the final part of their epic journey by heading to Offa’s Dyke, then through the stunning Forest of Dean back to Bristol.

At the end of January BRIAN WHITE leads the way 672km into the challenge and is now heading along the South coast between Exmouth and Weymouth.  SHARON CROWLEY has completed 410km as she makes her way around Lands End, with KEN JUDE close behind at 360km through St Ives.  CATHY CRAIG has completed 342 km, midway between Newquay and St Ives, while TRACY PEZ (297km), PAUL HOLGATE (294km), LIZ CARVELL (294km) and LIZ CROWLEY (277km) are all heading towards Newquay, with JON SYPULA (222km) and LEE PICKERSGILL (200km) both now through Ilfracombe.  KERSTIN WEINER (201km), ANDY PRIOR (136km) and WENDY THARANI (109km) are heading towards Ilfracombe, and SIMON SYPULA (69km) and LISA JERROM (8km) have both left Bristol on the start of their journeys.

Fairlands Five in Fly 5K.  Despite poor weather in many areas a record 301 runners raced in Saturday’s virtual Fly 5K race.  The conditions may have been reflected by JIM BROWN taking more than two minutes longer than the previous week but winning his category with 27 minutes 15 seconds. 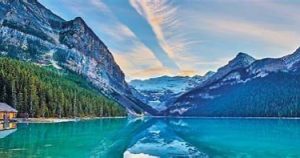 Virtually nothing stops Fairlands Valley Spartans and they have now run nearly 18,000 miles in their race across North America.  Lockdown 2 – Briefly Tier 3 – Now Tier 4 and they continue into 2021.

Having covered the USA they have completed a tour of Canada by running more than 800 miles over the weekend.  On Saturday they have completed the Vancouver Marathon, something Spartan CAROL PAUL has done in real life, and visited Vancouver Island.  From there it was a short journey to Victoria for the Spartans completion of the Trans – Canadian Highway.  On day 84, Saturday, FVS completed 217 miles with 39 members posting a distance.

Then on Sunday, day 85, 79 members ran an impressive 609 miles to complete the Trans Canadian Highway.  That had kept the Spartans busy for a total of 22 days, 5205 miles and had included seven marathons.

Now they are taking a bus trip to San Antonio in Texas where they will pick up the Pan – American Highway through Mexico.  A tour of South America will follow.

On and Off Road Challenge

Results will soon be available for the Spartans’ on and off road challenge.  They were encouraged to run a 5K and/or 5 miles in November and then see how close they could get off road over the same distances in December or January.