Although it was about zero degrees dry surfaces, sunshine and a lack of wind meant some good times were likely for those running their Fly 5K virtual race in Stevenage on Saturday morning.

Fairlands Valley Spartans had three new runners – Brian White, Michael Andrews and Tessa Stephenson – who helped to bring them up to nine participants.

There was a Spartan one two in the male 65 plus category with BRIAN WHITE first, and 31st overall, with 21 minutes 12 seconds and JIM BROWN maintaining his second place from last week and 94th overall with 24:39. 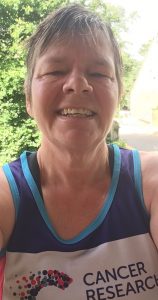 NICK KLEANTHOUS was next in 28:21 at 165th.  MICHAEL ANDREWS teamed up with PAUL HOLGATE to come 173rd equal with 28 minutes 43 seconds – a new Fly 5K personal best for Paul.

As well as the Fly 5Ks several other 5K times were recorded in (not) Parkruns which do not have to be run on Saturday morning.  On Thursday PAUL JENNINGS took 29:05; on Friday NICOLA ANDERSSON finished in 31:30 while on Saturday there was MARIAN MORLEY in 25:35 and JUDY KING in 34:31.

And on Sunday it snowed……

Virtually nothing stops Fairlands Valley Spartans and they have now run nearly 16,000 miles in their race across North America.  Lockdown 2 – Briefly Tier 3 – Now Tier 4 and they continue into 2021.

Having covered the USA they are now in Canada.  Having completed the Winnipeg Marathon they are heading for Regina in Saskatchewan, which also has a marathon.

On Saturday, day 77 of their virtual relay, they completed 313 miles with 55 members posting a distance.  The total distance covered so far in 15,879 miles.

On and Off Road Challenge

There are just a few days for Spartans to run their off road part of the club’s on and off road challenge.  They were encouraged to run a 5K and/or 5 miles in November and then see how close they could get off road in December or January.