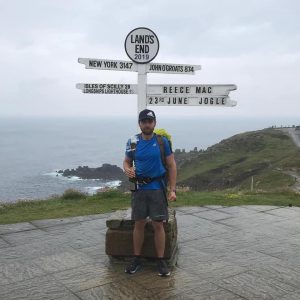 His original plan was to do this in 30 days but Reece has completed it in 29!!!  1 day ahead of his planned target,  covering 980 miles in total!   It’s been an incredible challenge,  most in horrendously wet conditions,  all the more astonishing bearing in mind that Reece only started running in January 2018 when he signed for FVS!  This has been done totally unsupported.  He has camped and carried all his equipment.  Totally inspirational

He has done this all for the charity Mind.  Please do make a donation to Mind via https://www.justgiving.com/fundraising/reece-mccullagh

This year the St Albans Solstice 10K was precisely on the Solstice and nine from Fairlands Valley Spartans enjoyed Friday’s race.

With an enormous smile on her race as she approached the finish line ALISON SHELLEY was the Spartan star.  She smashed her personal best by four minutes to finish in 51 minutes 7 seconds.

The other Spartans running PBs were RICHARD KENNEDY in 39:55 and PAUL SHELLEY 40:42.

After some set backs in May and early June JIM BROWN was pleased to improve on his last 10K effort by 4 minutes 25 seconds.  ED HARE was willing Alison Shelley over the finish line and came in with 51:06 and DAVE PATTMAN was not far behind in 51:30.

Suddenly the weather warmed up for Sunday’s Welwyn 10K with fourteen Spartans on the line for its highly civilized 11.10a.m. start time.

Spartan ASHLEY KING was the first senior woman and 38th overall out of the 546 finishers in 41 minutes 56 minutes, just behind MARK VAUGHAN 37th in 41:44. 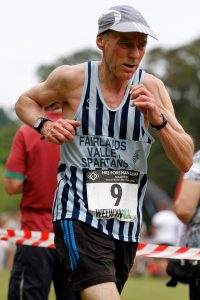 MARK GOODWIN was second veteran 60 plus in 47 minutes 36 seconds and won a SILVER medal in the county championships which were incorporated into the event.

Considering what he called a “mountain” – the 9% White Hill – at 4K JIM BROWN was surprised to beat Friday’s effort on the basically flat Solstice 10K course by two seconds.  Having got to half way in 26:12 he ran the second half in 24:34 despite hitting the “Stinger” like running into a wall with a kilometre to go.

SHERYL HANN said, “On a hot and steamy day I ran around the beautiful Hertfordshire scenery on a slightly hillier course than I imagined.  Finished 12th female in my age over 55 in 1;01:33 62.5%.  I could do better next time by not walking up both hills!” 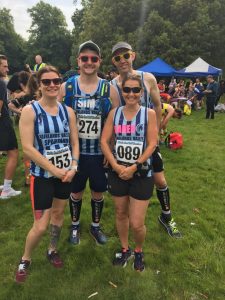 KAREN ELLIS ran Sunday’s Hitchin Hard Half Marathon with her lovely friend Lorraine Thomas, she was helping her to build her miles up.  Karen said, “What a beautiful course lots of support from marshals too.”  They both finished in 2:34:37.

Spartan STUART ARCHER was close to his personal best at Wednesday’s Chase the Sun 10K event in Hyde Park with 40 minutes 40 seconds.

Rob Evans achieved a season’s best at the Swansea Half Marathon with 1 hour 56 minutes 48 seconds. 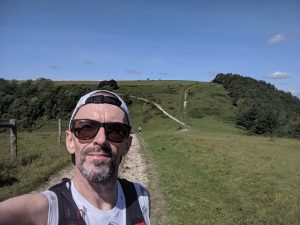 Ciaran McAneny completed his first 50 mile ultra on Saturday, running the Race To The King event in 9 hours 38 minutes, placing him 34th of 748.  This was a route across the South Downs with an elevation totalling 1600 metres / 5000 ft.  For those interested for the future it was one the best organised, signed and supported events he’s ever raced.

It was a busy weekend for NICOLA and RICHARD KENNEDY.  Richard did the St Albans 10K on Friday, new PB and first sub 40 finish of 39:55, not quite what he wanted but you can never be too unhappy with a PB!

They then jumped straight in their car and headed to North Norfolk where Nicola did her first Ultra on Saturday, the Norfolk 100km, which included a rather cruel four miles along a pebble beach right near the end!  She did an amazing job on a very hot and sunny day to finish in 15:08:22, 9th lady overall and third in her 40-44 age category. 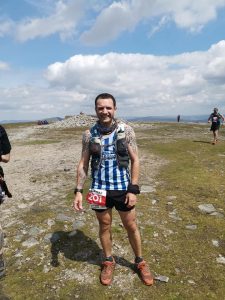 MARTIN RUTHERFORD took on another 100 miles, this time it won’t be getting dizzy going round in circles but over the Yorkshire 3 peaks and Yorkshire Dale’s including Buckden Pike in the Pennine Barrier Ultra 100.

With a 6am start it was a tough course with a lot of climbing, and rough terrain (playing football with rocks and boulders doesn’t end well).  He says, “My feet and ankles are pretty battered but I managed to make it around the 101 miles in just over 25 and a half hours which saw me finish in fourth place overall, which I am chuffed to bits with.”

SALLY McBRIDE ran the Battersea Park 5k with Runthrough.uk on Saturday.  Her chip time result was 31:19 which gave her third place in the Female V45 age group and the highest finish she has ever achieved.   She says it was a well organised race and the park is amazing visit.  It was flat and very scenic with a lovely lake and coffee shop to visit for food and drink afterwards.

DEAN CARPENTER completed the Harpenden 5 mile Oval Run finishing sixth in a new personal best (PB) of 31:17, knocking 32 seconds of previous PB which was set in 2013.

DEBBIE BLANTERN ran the Peterborough Midsummer 10K on Sunday morning and then sulked all afternoon because she thought she’d missed out on a PB by about 3 seconds.  Anyway, she said, “I just found the official result…and I DID get a PB by 12 seconds! So I’m no longer sulking.”

Along with the sun 27 Fairlands Valley Spartans’ made it out for another successful week of Parkrun events.  In Stevenage EVA RAMSEY was the first woman to finish in a personal best time of 22 mins and 25 secs.  She was joined by MATT CLARKE and FIONA CLARKE who also recorded PBs with times of 22 mins and 52 secs and 24 mins and 26 secs, respectively. MARTIN DUDLEY ran his 100th event on the course. NICK GILL was the 13th man to finish in 21 mins and 13 secs, GEORGIE HOOPER the 7th woman in 24 mins and 27 secs, and SOFIA CARPENTER the 10th woman in 25 mins and 48 secs.