There were great runs by Fairlands Valley Spartans women with the whole “A” team beating 37 minutes for 4.8 miles on a typical liquid mud Trent Park cross country course. 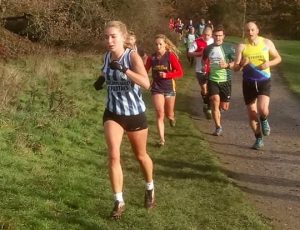 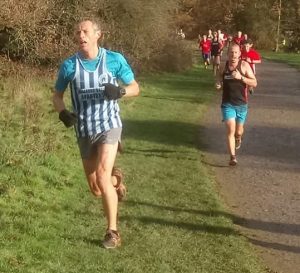 25 Spartan women and 18 men completed the race.  The third race in the Cross Country League will be hosted by FVS and will be in Stevenage on Sunday 22nd December.

Spartans Run in the Sun at the Valencia Marathon

Five Spartans ran in the sun at the Valencia Marathon on Sunday.

The course is flat and fast – proved by the elite winning time of 2.03.51 making this the sixth fastest course in world.

Richard Kennedy led the blue stripes home in his fantastic first sub 3 hour in 2.58 and Nicola smashed her personal best (PB) with 3 hours 22 minutes.  New Spartans Natalie and Elliot White both finished in 3.58.  John Nelms plodded around as usual enjoying the sights and the sun and crossing the line in 4.18.  (Lifetime marathon 76 and his 31st in 2019).

Richard said it was a great event with good support and one of the best finish lines in the world!

The Bedfordshire Harriers Half Marathon is an attractive club organised rural race in Bedfordshire and Buckinghamshire which starts and finishes in the village of Wootton.  From a high point in Cranfield at 9 miles it dives down to the finish.

PAUL MAGUIRE had an excellent run to finish in 1 hour 43 minutes 19 seconds.

JIM BROWN said the air in his lungs was so cold in the first mile that it actually hurt but got going to run a negative split with 1:53:03 while LIZ SMITH was just behind with 1:53:28 having started near the back of the race.

A first for Fairlands Valley Spartans.  A team of women have qualified for the British Marathon Championships which will held at the London Marathon on 26th April.