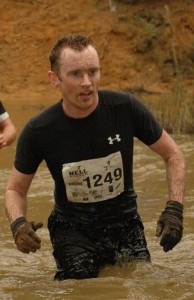 Q.When did you join the club?

Q. Why did you join the club?

A. I had decided to run a marathon having enjoyed running when I was at school and got into to London marathon in 2004 but had no idea how to train for it, Steve Smithson suggested I came to the club as this would give me people with a similar goal to train with and I have never looked back.

Q. Why did you join the coaching team?

A. I felt it would be a good way to develop my own running and give a little back to the club who have been so supportive over the years. Plus I was starting to feel left out as everyone has one of those snazzy orange vests.

Q. What are you hoping to do through your involvement in the coaching team?

A. I hope to pass on some of my knowledge, experience and hopefully the enjoyment I get from running to other members of the club. I would also like to think that I could help my fellow club members improve and meet their running goals.

Q. When do we typically see you at training?

A. Tuesday, Thursday and the occasional Saturday

Q. What are your aims in 2012 for your running and/or coaching?

A. As when I joined the club but still have not managed I am aiming to try and break 3 hours for the marathon. I also hope to gain more experience coaching so I can begin to pass on some of my experience and learn more from the other club coaches.

Q. Tell us something about you that other Spartans will not know!

A. Only a small percentage of people can touch their nose or chin with their tongue but I can do both, special I know!!!